Or Leave a Message For Us.
Feedback

This product has obtained the following government funding:

This product is identified as:

Making use of the abundant rare-earths resource in China, with advanced equipments, technology and analysis instruments, we produce high quality hydrogen storage alloys under the registered trademark of Whole Win. We have the production scale of 1000 tons per year with mature technology and steady quality.

Our company undertook the national 11th Five-Year Plan 863 Program energy saving and new energy vehicle major project “Development of High Performance and Low Cost Hydrogen Storage Alloy for Power Battery”. This project has successfully passed the acceptance of the Ministry of Science and Technology, and has provided high quality raw materials for Ni-MH batteries for electric vehicles in China.

Note: The particle sizes of the alloy are 125μm, 75μm, 53μm, and can be adjusted according to clients’ requirements.

About Us
About Us
Corporate Culture
Qualification Honor 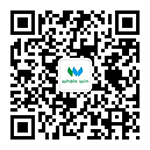